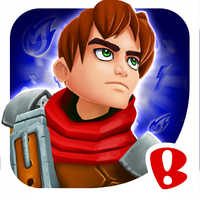 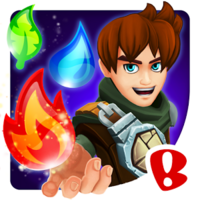 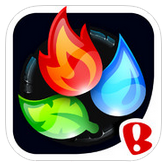 SpellFall is a is a unique tile-matching puzzle video game where the player casts magical spells to defeat evil monsters. The game is created by Backflip Studios and is available for both the iOS and Android platforms. It can be downloaded for free from the Apple App Store and the Google Play Store. The iOS version can be played on the iPod Touch, iPhone and iPad while the Android version can be played on any modern tablet or phone running Android.

SpellFall was released on August 13, 2014 and uses the freemium business model.

On September 12, 2014, SpellFall was released on Google Play in Canada following the same business model.

Although the game is free to play, players can use their iTunes and Google Play accounts to make in-game purchases of game currency to help buy armor, runes, and weapons to help defeat the evil monsters. SpellFall does not require an Internet connection to play (3G or WiFi).

Players may also choose to connect with friends on Facebook so any friends with the game will be identified as SpellFall friends. Having SpellFall friends in the same region as you will allow you to have extra moves during gameplay.

It is possible to have three save files of SpellFall at the same time by accessing the Save Slots Menu from the bottom-right corner of the main screen after the game loads.

There is a Tutorial which occurs at the beginning of SpellFall to help players learn how successfully play the game.

The gallery below is an example of the Tutorial which can be seen when starting a new game slot.

Community content is available under CC-BY-SA unless otherwise noted.
Advertisement